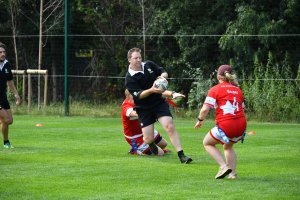 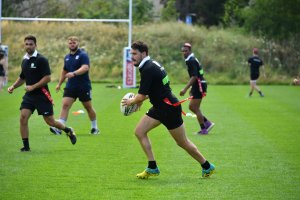 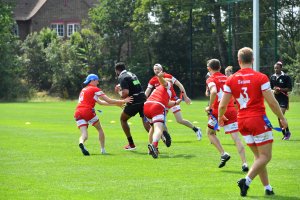 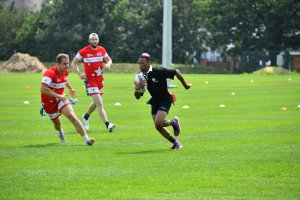 St George PLC hosts an annual charity tag rugby event on behalf of SPEAR, in support of homeless and vulnerable people, and Honeypot, who support young carers and vulnerable children. The invitation is sent to all contractors who provide a donation towards the event; and it’s a great way to contribute to a worthy cause, engage with clients and network.

This year, motive8 were in a group against Hyperoptic, Savills, Brookfield Multiplex and Winkworth Kingsbury. Savills came out on top, while we finished second – notching two wins, one draw and one loss. This meant that we were through to the quarter finals, where we played St George West London. After a good start, going one try up, we ended up losing.

St George West London actually went on to win the entire event so, all in all, we did pretty well! Considering we had a lot of last-minute replacements and no practice sessions, we really did do a great job in representing the company. By getting to the quarter finals, everybody did themselves proud and can be happy with how the team played.

Overall, although the 37 degree heat did take its toll on everybody, the day was a success and enjoyable for everybody involved. We look forward to participating again next year.