The greatness of Yoga 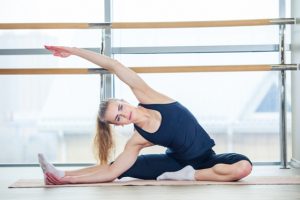 Yoga is a physical, mental and spiritual practice or discipline which originated in ancient India (Nepal and India). There is a broad variety of Yoga schools, practices and goals in Hinduism, Buddhism and Jainism. Among the most well-known types of Yoga are Hatha Yoga and Raja Yoga.

Yoga’s history has many places of obscurity and uncertainty due to its oral transmission of sacred texts and the secretive nature of its teaching. The early writings on Yoga were transcribed on fragile palm leaves that were easily damaged, destroyed or lost. The development of Yoga can be traced back over 5,000 years ago. Yoga’s long rich history can be divided into four main periods of innovation, practice and development.

The beginnings of Yoga were developed by the Indus Sarasvati civilization in Northern India over 5,000 years ago. The word Yoga was first mentioned in the oldest sacred texts the Riga Veda. The Vedas were a collection of texts containing songs, mantras and rituals to be used by Brahmans the Vedic priests.

The classical period is defined by Patanjali’s Yoga-Sutras, the first systematic presentation of Yoga in the second century.

A few centuries after Patanjali, Yoga masters created a system of practise designed to rejuvenate the body and prolong life. They developed Tantra Yoga, this exploration of physical–spiritual connections and body-centred practises led to the creation of what we primarily think of Yoga in the West: Hatha Yoga. 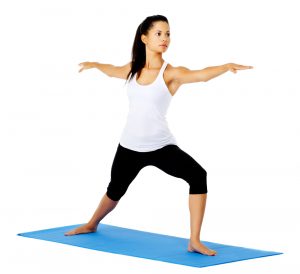 In the late 1800’s and early 1900’s Yoga masters began to travel to the West attracting attention and followers. This began at the 1893 Parliament of Religions in Chicago when Swami Vivekenanda wowed the attendees with his lecture on Yoga and the universality of the world’s religions. In the 1920’s and 1930’s, Hatha Yoga was strongly promoted in India with the work of T. Krishnamacharya, Swami Svinananda and other yogis practicing Hatha Yoga. The importance of Yoga to the West still continued at a trickle until Indra Devi opened her Yoga studio in Hollywood in 1947. 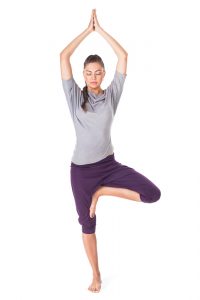 Hatha was used to raise and conserve the physical essence of life. The Hatha Yoga predominantly practiced in the West consists of mostly asanas understood as physical exercises. The six limbs of Hatha Yoga includes disciplines, postures, purification procedures, gestures, breathing and meditation. It is also a recognised stress-reducing practice.

I would like to mention few benefits of Yoga such increased flexibility, improved muscle strength, energising and help in losing weight. It also maintains a balanced metabolism, prevents injuries and improves sport performance.

I fell in love with Yoga when I was fourteen years old. I try to practise it as often as I can. It is a great way to work out and keep fit. Even if you have a busy lifestyle you can find a few minutes a day. One of the best advantages of Yoga is not requiring any equipment, apart from a Yoga mat.